In my last post, I talked about encountering FGM apologia and why it shouldn’t come as a surprise for me to face it. For the last couple of years, I have been reading about it and getting involved in discussions regarding FGM. One of the most notable readings is a study entitled “Investigating Women’s Sexuality in relation to FGM in Egypt” conducted in 2008 by a team of researchers led by Dr. Mawaheb El-Mouelhy, a leading activist in combating FGM. The study takes a deeper look at the terrifying practice and both men and women’s view on it.
There are a lot of justifications that people provide when you ask them why FGM is performed. Some of those are based on myth and false beliefs such as hygiene, some people think that if the clitoris is not cut, it would grow to become like a penis. Others do it because of customs. Most commonly though, they would say to control sexual desire for girls and to ensure married women’s fidelity, and also to increase the chances for a girl to get married and to be acceptable by her husband!
A contradiction emerges in people’s views of FGM. Although most of them said that FGM is important to control female sexual appetite, they asserted that the most important determinant of honor is the way a girl was raised by her family rather than practicing FGM. The most important thing for them was that the girl behaves well and keeps her virginity till marriage. Moreover, they knew that FGM was not enough to make their girls “behave well”. The honor complex is still controlling our thinking. Family honor and status is dependent on how its females behave. Family’s reputation has to be maintained, so the girls must be under strict control.
Another shocking and contradictory finding was that women and especially grandmothers are the main decision-makers of FGM. This brings me back to the story I told earlier. What makes women perpetuate this practice? Do they get jealous of each other in a way? Are they bound by tradition and custom? Were they brainwashed by patriarchal values of the society? 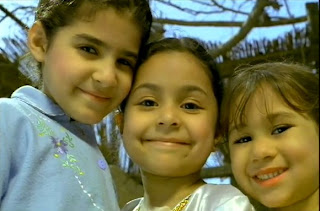 It is clear that the society sees female sexual desire as such an evil thing that has to be eliminated or at least controlled. Some people even likened an uncircumcised woman to a raging bull, not satisfied by one man! Men worry that if they marry an uncircumcised woman, they wouldn’t be able to satisfy her sexual needs.
It is indeed disturbing to have such thoughts going on in the community. There are currently a lot of efforts and campaigns made to combat FGM, and the procedure was officially banned by law in 2008. However, such efforts are restricted and needs a lot of years to pay off. Laws are not enough, especially with lax enforcement strategies here. Laws alone cannot change people’s beliefs and attitudes. It’s not only a matter of raising awareness. It’s a matter of changing patriarchal culture.
14 comments: