Do We Know How to Handle Sexual Harassment?


News came out yesterday about a draft law that has been proposed by the government issuing harsher punishments for those who commit sexual harassment and rape crimes, up to the point of death sentence.
The new law tackles various points: adding telephone and the internet to different media through which harassment can occur; and giving more conditions when rape convicts get harsher punishments such as reconsidering victim's age and cases where the victim has been raped by more than one convicts.
This is a reminder of a similar law which just passed a few days ago for combating thuggery. The news of that law was alarming to me as well as many other human rights activists. The move towards stricter law for thuggery was met with a lot of criticism. Just before this particular law was passed, the military forces cracked down on Tahrir protesters, many were detained and tortured. These protesters were claimed to be thugs which puts us at a dilemma of how to determine who's a thug and who's a protester, especially because we are at a time where military courts (where people do not enjoy their full rights of fair trial) have been handling these cases.
Back to sexual harassment, it is quite obvious there's a problem with the way we're dealing with this issue. The phenomenon which began surfacing rather recently in Egypt is rampant. But is issuing stricter punishments the solution for this multifaceted problem? Here's why I don't think so:
I find the process highly questionable. The ministerial council pushes for more punishments for sexual harassment and the supreme military council is happy to enforce these, because this is the language the military best understands. In normal circumstances the ministerial council can propose draft laws and submit them to the parliament to discuss them further. Either way there need to be more public debate about it.
Drafting laws without counseling civil society bodies or human rights experts is pretty concerning. These laws have to be compatible with human rights law, and there need to be clear definition and good consensus on what sexual assault entails.
I am more concerned with how to enforce this law, rather than the punishments themselves. There are big question marks on how to get these cases reported? We have a culture of silence about these crimes. It's hard for people to report them because a huge stigma can be placed upon them. Most women who face sexual harassment or even rape never report it to the police or even to their families because their lives can be devastated.
We have this culture of intimidating criminals by increasing punishments. I don’t really believe it works. To be able to overcome a societal problem, we need to handle its underlying causes. All those handling those crimes need to be sensitized about it and fully aware of its implications. By engaging different people in the process of ending the phenomenon of sexual harassment, real achievement can happen on that front.
6 comments:

Faggots for Whores? Or What happened to Women March in Tahrir

Although I am still deeply agitated over what happened today at the women march today in Tahrir, I have to give my personal account as a male who went there to support women’s rally for freedom and democracy.
First, since the call for the march on Facebook, we have got a lot of negative comments either being sarcastic of the whole thing or others who want us to postpone it for later. I am really trying to comprehend the “Let’s save it for later” argument. Is it really concern for stability? Or is it internalized patriarchy that sees women issue as trivial?
So we get together in Tahrir, a few hundreds of women and men. We started to distribute flyers mentioning our demands which were:
I know the demands would be controversial and we expected strong debates at the protest, but what happened in reality was much worse than any of us expected.
The flyer had the following demands:
1. Women's participation in shaping Egypt's constitutional, legal and political future.
2. A new civil constitution that respects citizenship, espouses equality and abolishes discrimination.
3. Amending laws so that it give full equality and rights, including personal status law.
4. Not allowing women's reproductive role to take over her participation in public and private life.
5. Establishing law for criminalization of violence against women inside and outside their home.
6. The constitution must allow women to run for presidency.
We started chanting for women rights. Just as we started chanting a group of couple hundred men started gathering and then started the chant race! They said: The man is a man and the woman is a woman; you are the children of Suzan Mubarak; Go home women!
We tried to chant back singing the national anthem and saying “Men and women are one hand”. They seemed very provoked by our mere existence and their looks were full of sarcasm and ridicule. Apparently the possibility of women running for presidency was beyond their misogynous ego.
The shocking part is that they used Islamic chants against us saying “Women’s voice is a shame”, “why didn’t God send female prophets?” This was quickly followed by rounding us up and pushing against us and ugliness followed. Women and girls were groped, their hair got pulled; dirty harassers hands were all over their bodies. I did my best to protect my friends and we got into physical and verbal fights.
I was called a faggot defending whores. I was told I wasn’t Egyptian for doing this.
So now. Some accuse us of being too controversial. Some accuse us of using the wrong time and place to voice our grievances. Until when would we remain silent? And till when we will be too shy to call for women rights? I am not sorry I called for justice. I am just really appalled but what my friends had to go through. We managed to get our voices heard for once, and it won’t be the last time.
I hope what happened today will shed some light on the unacceptable attitudes towards women. More men need to speak out for women too. This will definitely help our cause.
The battle is hard. Mubarak’s regime and authoritarianism destroyed people’s sense of diversity. It may take years to actually change attitudes. I think we are up for it though.
42 comments:

Tomorrow is the International Women Day, but let’s forget international for now and look at what’s happening in .
Egyptian women have been a crucial part of the revolution, even by helping planning when Asmaa Mahfouz called for protests and spread it through social media. Women fought against the regime alongside men and fell victim to brutality and murder at the hands of police and thugs.
Now women are moving, sobering up and breaking the taboos of patriarchy and organizing a protest in Tahrir for democracy and women rights. The initiative didn’t come from NGOs or any institutions, but was called for by men and women; activists, academics, civil society workers, and others. Jan 25 revolution proves to be breaking more barriers than previously thought.
Women demands range from abandoning FGM and sexual harassment to being able to run for president. Some demands stir controversy more than others though; especially when women call for ending polygamy or equal inheritance! The demands are also political asking for more representation in government and parliament.
Controversy also comes from different grounds. Sally Zahran whose photo became one of the central images of revolution martyrs and whom I personally saw perform in a beautiful piece called Cairo Complaints Choir, caused a debate when some people asked for avoiding using her photo with her hair uncovered and spread another one of her wearing the veil. Also, people debated whether Sally died in Tahrir or not, and her mother appeared on TV to say that she fell out of balcony after a fight with her family when they ordered her to stay home and avoid protesting. The true story will never surface I guess. 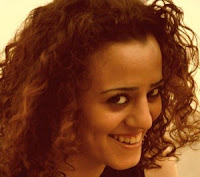 The fact that all that controversy was focused on the beautiful daring Sally reveals a problem and discomfort with free women like her. Would the same happen if Sally was a guy?
So far the event seems to be stirring debate, mostly among women themselves who are debating whether women are oppressed or not, and whether they should go out to call for their right nor not, and when. This is all healthy and hopefully a step towards the long awaited new .
2 comments: