On Racism and Love 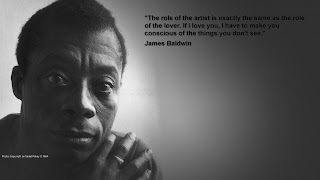 I have been thinking a lot about racism lately. Not just after my move to Germany. It has been on my mind long before. When I lived briefly in the UK in 2009, I got introduced firsthand to anti-muslim racism, back then we talked sometimes about islamophobia in Egypt but I hardly got to think critically about it. I thought yeah maybe it's natural to fear Muslims. That was probably triggered by my anger at the failure of religious institutions and discourses in Egypt.

Having to live with a British person who always demanded me to explain Islam and my positions around it. He was always talking about halal food and making jokes of women with headscarves. When I saw the hysterical reaction of some people to a friend of mine who was also wearing one. This all made me think that this fear is nothing but rational. I didn't even know if it should be called fear anymore. It was more of prejudice and hate. I got to reflect further on the possible consequences of those prejudices as Marwa ElSherbiny got murdered in Dresden, Germany around the same time. The shocking murder shook hearts and minds, and at that point I got to connect what happened to her with daily practices and attitudes. Observing British media was a painful realization that those dehumanizing images of Muslims are virulently common.

I got to know about racism much more during my work with refugees in Cairo. Working with refugees who survived gender based violence, I listened to horror stories of how Egyptians dealt with the refugee population and in particular things that can happen to a black woman in Egypt. From the exploitation of domestic workers, to rape incidents, to persistent domestic abuse. This experience helps me reflect on the role switching  I have from a privileged Egyptian to a racial minority in Europe. About how I owned that privilege and what did I have to do with it. It was also at that time that I was forced to think of masculinity in a different way. I had to confront my male privilege and what it means to carry those benefits and privileges. All the forms of systemic, structural and everyday struggles that I was spared from just by being born with this kind of body. I have to negotiate where I stand and what the meaning of being an ally is. I  owe it to all the women that I met in Egypt and elsewhere who taught me and continue to do so.

During all of those phases in my life, I didn't have to really deal with racism as a daily experience, as I never lived long-term in a country where I would be a racial minority. This changed with my move to Germany. Many difficult experiences and encounters pushed me to think and learn about racism. Especially living in a country with a past that still shapes and limits the possible reflection and conversations about racism in today's society. To figure out how I was feeling and how others deal with those situations. I'd say that reading writers of color and having deep honest conversations with people of color helped me reach a much better place at this point.

However, I still continue to talk about racism often. Some people seem to notice it from the facebook posts or just the daily conversation. This brings me to the point of why I am writing this post. In a situation where discussions about racism bring a lot of discomfort. In times, where 'race' is increasingly replaced with 'culture' to perpetuate racial inequalities. In an environment that shames and silences those conversations and accuses the one who speak it of being obsessed, dissatisfied or ungrateful. Because of all of that I wanted to talk about why I talk about racism.

At first, this should be self explanatory. I have to talk about racism because it affects my personal safety and life. Additionally, if we strive for a better world, or in less idealistic terms, if we just want to live with more responsible manners, we cannot separate racism from other forms of discrimination, be it sexism, classism, ableism, homophobia, transphobia and the rest. There should be no reason to shy away from this racism conversations.

Talking about it helps me (and I guess that's also the case for many others) to explain our perspective and narrative. That process is difficult and exhausting especially when done with people who don't have to deal with racism as part of their daily life. We have to dissociate our feelings and speak carefully and objectively about something that bothers us. This means it requires strength and patience to have those conversations. But most importantly they require mutual trust and openness. We shouldn't be pushed into explaining what racism looks like or feels like unless we need and want to.

But I don't want to limit this to the frame of fighting and struggle. In another light, talking about racism is really about connecting with others. It's a process of building understanding. It can be a way of building friendships.

It can also be seen as an act of self care. It helps us find out who we can trust, who can give us emotional support when we talk about it. Who would protect us when things get bad.
It can be even an act of flirting, if we want to find out if the person is dating material. *wink*.

I think it can be an act of love, if we understand love as a process of shared understanding and building communication channels. If we believe that love is about being able to center others, listen to their narratives and learning how to give support.

Or to quote James Baldwin, “The role of the artist is exactly the same as the role of the lover. If I love you, I have to make you conscious of the things you don’t see.”